Preparation on the racetrack. Diary of a learner…

A disinterested voice on the other end of a phone line delivered some devastating news to me, just before the Bathurst 12 Hour this year. “It’s on its way back at the depot mate, we can’t get it to you until tomorrow.” Parts I’d ordered from the UK to replace the stock I’d originally planned to take to the track, wouldn’t be delivered until Thursday and I was expecting to be in Bathurst on Thursday at 6am before their truck hit the road. Delivery is an ongoing frustration when you’re importing parts on a daily basis and this headache had been caused by my lack of preparedness and this in turn was a knock on effect of being a new owner of a 25 year old business and still learning the ropes.

I’d begun the year feeling well prepared, had plenty of stock on the shelves and had already made a pre-order of those ratios required only for Bathurst. Plus other parts most likely required for the first Historic Formula Ford meet of the year, coverage stock, not specific customer orders. Then I’d had a glut of individual orders, older cars coming out of mothballs and being prepared for their first outing in years, and many of those only just came in early enough for me to get them in transit. Finally a last minute order from a race mechanic in WA, who needed the parts across the country to finish building gear boxes, before driving them back to NSW, cleared the shelves of critical parts I’d ordered to take to Bathurst myself. I ordered a restock for express delivery and that’s what led to the call that blew my trip.

The parts eventually arrived on Friday afternoon and I missed an opportunity to supply critical parts to my customers and continue building relationships as the new owner of Eastern Race Parts.

Those challenges, plus bringing a Formula Ford back from the dead for my first foray into open wheelers, got me thinking about preparedness and how many elements we in motorsport need to take into consideration to guarantee a successful race weekend. Sure, I read the bibles on race car prep, Carrol Smith’s  Prepare to Win, and Engineer to Win, when we first began racing, but I’d forgotten the core lesson of preparedness as a mindset. Of course we need to start with a car that’s built right, but that’s no good if it’s not ready to race. So we also need to prep that car to suit the circuit. Gearing, tyres and suspension set up. But to do that we need to know what the circuit is like, what did and didn’t work the last time we were there, and what changes might have happened since.

We also need to know what format the races will be. I remember the first Group S 100km race at Wakefield, for which we’d practiced doing pit stops to refuel the Elite, came in for a top up at 3/4 distance to find the seven gallon tank over half full. We were ill prepared and didn’t think to learn what the fuel consumption was like when driving gently on a wet track.

Once all the technical elements are sorted there’s still a whole raft of logistical challenges to manage, from ensuring the right fluids are available for car and driver to sorting event entries and race numbers, and then the really meaty challenge… preparing the driver When you look at the successful drivers in the top tiers of motorsport you can see how driver preparation can make a difference to winning. Michael Schumacher was considered a little overzealous in his fitness regime when he first hit Formula 1… until he started winning. Now driver fitness is seen as crucial to success.

Jim Clark also had it. A hardy farmer from the Scottish Borders, fitness came with the territory. Of course in historics, there aren’t any sheep farms to be won, and “winning” can often be measured by the width of the smile on the competitor’s face as the car is rolled onto the trailer as the sun goes down on Sunday afternoon, so it’s probably fair we concentrate on car and logistics preparation to ensure a winning weekend.

Recently I’ve heard tales of several competitors who missed out on that end of weekend smile through avoidable gear failures. It’s a hard fact to accept, but the majority of the cars we run were built to last a season, or two at best. I remember Ron Taurenac telling dad that he was mad to be running a 40 year old Brabham. “We designed the cars as light as possible and fully expected them to be completely worn out by the season’s close. You wouldn’t catch me driving that now!” or words to that effect.

In all probability we’ve each pulled a bolt out of the suspension of our car, wiped off the grey slimy residue where the plating has worn away, and put it straight back in from whence it came. In the meantime, we might have sent the wishbone or upright off for crack testing, we may even have sent that bolt off to be zinc chromated so it looks pretty, but never once thought about the load that bolt has been subjected to over the preceding 40 years.

In more than one of the tales I heard the failure of a rod end bearing ended the weekend. Not such an issue if you carry spare rod ends in the tool kit… unless that failed rod end allows the wheel to fold up under the car bending the wishbone or chassis in the process. There’s a reason that successful FF teams carry spare suspension components, pre-set to the alignment with which the car left the workshop.

Rod ends come in a variety of flavours. Ranging from pressed steel through to CrMo forgings. Bare steel on steel balls, chromed steel in sintered bushes right through to Teflon (&TM) lined bearings. The price, and life goes up with quality too.

Rod ends all have one thing in common though. For anything other than a sway bar link or gear linkage pivot, once they’re worn they’re worn out. Suspension bolts and pivots keep the corners firmly attached to the chassis, and these are the first line of control of a racing car. If it won’t steer it won’t corner. If it won’t corner you’re unlikely to have a smile on your face at the end of the weekend.

Often shocks are changed during the life of a car and allow much longer travel than intended. This can lead to a rod end getting bent by running out of travel at full droop. The bending forces exerted when this happens can exceed the design loads, simply because the designer never intended the suspension to get bound up like this. You never know, you might just get lucky and discover that your car is running the wrong shocks before it bites you.

It doesn’t generally take a lot of extra effort to check each and every rod end in a 60s era open wheeler. Next time the wheels are off the car, and it’s up on stands, take an afternoon to check how your critical components are holding up… or wearing out.

Preparing my FF, I ended up purchasing half a car’s set of rod ends and changed out any that weren’t feeling perfect. At about the cost of 4 new wishbones from the UK I’m pretty confident that the car isn’t going to lose a corner from neglect. As a bonus I discovered that the car had been put together with the rear shocks on the front leading to excessive front droop and a locked solid rear end. Almost exactly the opposite of what a Formula Ford needs.

Every suspension bolt was also replaced, with an AN series bolt of the correct size. The benefits were twofold. Firstly I’m also now confident that there aren’t any bolts in the suspension that are stretched or worn. Secondly, it’s amazing how much less play there is in a rod end when the bolt is on size for diameter. The mish mash of hardware grade bolts the car came assembled with had up to 5 thou’ play in the pivots.

Add a bit of a conclusion here…..

So how did my preparation stand up when the Formula Ford had its first test…?

Eight laps and a 500 km round trip. It stops. It steers. It just doesn’t go so reliably. It ran out of oil pressure, luckily without catastrophic results.

I did call this diary of a learner. I’ve got more to learn. 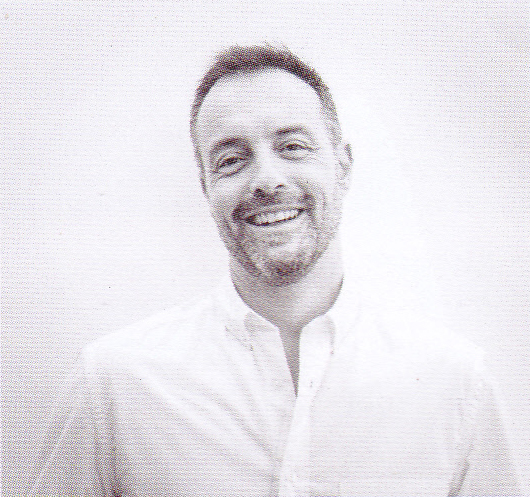